Malta is a small Mediterranean island where history has passed since ancient times. The capital of Valletta is part of Unesco’s cultural heritage.

I like Valletta very much, probably the most than the other countries. There is a historic fortification around the city. The first fortress was built by the Knights of Malta, who founded the city.

There is historic Mdina in the centre of Malta. This city was the capital  in past. You can admire the historical churches and enjoy the view of the sea there.

Malta is the smallest member of the European Union and the member of Commonwealth. You can see there many historical monuments such as temples, churches, cathedrals. The official language is Maltese and English.

The other two islands are part of Malta:

Gozo is a historic and partly agricultural region. The capital is Victoria with an ancient citadel from which you can see the whole island and the sea.

The little Comino island is particularly interesting with its Blue Lagoon with the possibility of diving and swimming.

When you buy sightseeing bus tickets, you can ride through the center of Valletta, you can see Mdina and Rabat and the most beautiful and famous old ruins of temples that are older than the Egyptian pyramids.

Another nice experience was the boat cruise around Valletta and along three cities situated in the eastern side of the Grand Harbor bay. They are part of the historic Malta.

You can get to many places by buses. Buying bus tickets is very easy and useful. We bought weekly pass. It cost 20 euros.

It is certainly worth seeing Malta. The flight is short and experiences are rich.

Moreover, our quartermaster Blanka is the Czech woman. She is nice and cheerful. She likes to recommend picks. Whoever  wants, I’m allowed to contact her for visiting Malta. 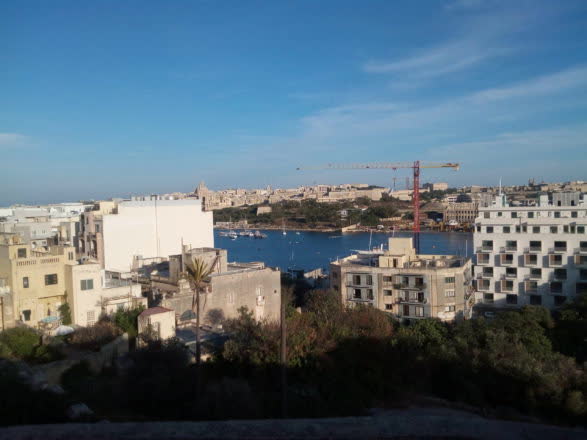